Fishing is a healthy and interesting hobby and people from across the globe enjoy it. Fishing is in fact a technical task. There are many kinds of fishing; Fly fishing and the Spin Fishing. For those interested to dig deeper in to the differences between the two types, keep reading.

Well, the main difference between Fly fishing and spin fishing or bait fishing lies in the position of weight. Yes! A fly-fishing line carries the weight through the air, while a spin line carries at the end of the mono-filament or braided line.

However, there are many other differences too, when it comes to factors like uses and equipment.

What is spin fishing?

Well, Spin is a fishing technique where you have a spinning lure, which serves as a temptation for the fish. Yes, as a result of temptation, the fish bites it and then you pull the fishing line. You may use the spin fishing line booth in fresh water as well as open sea.

A major difference between the spin fishing and Flyfishing lies in the kind of reel and rod used. Yes, the working of both types make them different from each other. So, you need to know the basics.

The most important thing counts in this matter is to get the suitable equipment of the type of fishing you like. For this, it is essential to learn that if you are using spinning reel you should have spinning rod too.

The spin fishing does not need very technical equipment for beginners, you can go with a rod, a reel, and a bait.

If you are fishing for ridge you have to get staltafs so that ridge with their sharp teeth cannot bite the rope. Another special thing is snaps as you do not need to tie the knot after every while.

What is fly fishing.

You are doing Flyfishing if you have a line with light weighted lure. They identify the lure as an fake fly as it helps to catch your favorite fish.

The fly is a cast using a fly rod, reel and specialized weighted line. The light weight lure is made using the different techniques of casting from the traditional processes of casting.

The basics of fly fishing.

The basics of Flyfishing depend on a unique system as the fly is very light in weight. You might have noticed that there are feathers of animals or plants as flies on your fly-fishing line.

The size of some flies is equal to the size of the nail of your little finger. So, it will be impossible for you to see without adding the extra weight to it. Therefore, they use different casting technique to cats the fly.

Difference between Flyfishing and Spin fishing based on equipment.

Flyfishing is one of the angling techniques fishing. Yes, you use a fake fly to fish when you are Flyfishing whereas in spin fishing a spinning lure is used to entice fish to bite.

In Flyfishing the reel, fly rod, and specializes weighted line is used for fly casting. The fly has nearly no weight so it needs different casting techniques which are totally different from the rest of the casting types.

Moreover, the fishermen use the flies hand tied which resembles with bait fish with the expectation that fish will bite the fly. You can do Flyfishing in both salt and fresh water.

Spin fishing is different from Flyfishing on the basis of rod and reel used. If you are doing spin fishing you can use closed faced reel or opened face reel.

Moreover, the rod used in spin fishing do not have the trigger at its base, and this is the main difference between the spin fishing and the Flyfishing on the basis of equipment.

Difference between Flyfishing and spin fishing on the basis of uses.

The major difference between Flyfishing and spin fishing on the basis of uses is that the use of gear and tackle. In spinning, the casting weight is originally the weight of spinner which is attached to fine light weight nylon line. But in Flyfishing the weight of fly is zero

One of the major advantages of Flyfishing that you can re-cast the line which has been already casted. In addition, you can pick it up at different spots, without retrieving the line.

But on the other hand, in spin fishing the whole line comes back before you cast the next target.

In the spin fishing the lure is as far as it can be possible and also you are using the poles of mechanical leverage at ¾ ounce.

On the other hand, in Flyfishing the line is carrying its weight itself. So, it is all your personal decision neither is better than the other and are totally different from each other.

Difference between spin fishing and Flyfishing on the basis of techniques.

The Flyfishing and the spin fishing are two different ways to fish. In both methods your aim is to have a good catch but there is more fun in fly fishing.

The differences between the two types depends upon composition of the lure, the weight and the casting techniques. However, the basic science behind the two kinds is similar.

The method of casting in bait fishing or the spin fishing is very simple, but it still needs some coordination. At the point where the rod flexes, the fishermen bring the rod spinning to the backward direction.

The fishermen speed up the rod forward to the position where it stops. The abrupt stopping can cause the rod for straightening and sending the lure to the air, also takes the fishing line to the water.

While, in the Flyfishing needs a little bit of more timing as well as knowledge about the working of the rod. You need to be very patient if you are using a fly-fishing line.

Every time when you stop the fly rod, the line will be completely extended. As a result, you will unload the fly and straighten it. This will permit you to reload the rod and you can do the next cast.

Difference between the Flyfishing and spin fishing on the basis of location and water.

Are you wondering, why would anyone like to use the technique of spin fishing? Well, the reason being, it is good for covering the wider range of waters.

That is why people prefer Flyfishing as it allows the variety of food sources, resulting in catching more fish.

On the other hand, for the Flyfishing you should have genuine knowledge about the local waters. Also, about the food of fish, where and when the fish like to hang.

Is Flyfishing to learn?

No, flying fishing is not too hard to learn as compared to the bait fishing or spin fishing. The most important tip is the casting technique.

For this you have to hold the fly rod such that you are shaking someone’s hand. Secondly you should use a lot of effort for casting in the backward direction, starting from the front.

The techniques of casting in Flyfishing can be unnatural and need a lot of practice. In this way, you will learn how the line as well as rod be able to catch flies to the fish.

However, no need to fret! Once you start practicing, you will master the skill as they say, “Practice makes the man perfect and it holds true for everything in the world.

Can you spin fish in the sea?

The answer to this question depends upon the kind of fish you are going after. Of all the times of the day, the most suitable times are the dawn and dusk for this purpose.

For day time fishing the high and rising tides are commonly best for many types of fish. When the tides are at their highest during a month, and when the full moon and new moon appears it will be the best time for fishing in the sea waters.

Moreover, almost all types of fish like the higher water tides. So, spin fishing will be best and more productive in these days.

But it is important to know the fact that this is not going to be happen all the time. The example for this case is of Bass, which mostly likes lower tides before new and full moon appears.

On the other hand, some types of fish like hunting in low tides. So, it is not wrong to say that spin fishing in sea waters totally depends upon the type of fish you like to hunt.

In addition, some people also have some personal preferences with regard to the type of fish, so is the choice of the fishing rod.

So, we come to the conclusion that the fly-fishing and spin fishing are the concepts of two different techniques. It all depends on your preferences and personal liking as to which of them you opt for.

However, the popular viewpoint is that spin fishing is an easier task because you cast once and then wait. In addition, the casting technique is super easy to learn.

On the other hand, the fly-fishing is comparatively difficult because you constantly have to cast and you do not even know the final result.

But both the methods are good enough to catch the fish. By knowing the differences in all aspects, it will be easy for you to decide that which type of fishing is better for you.

How Does a Fish Finder Work?

Wondering How to Store a Kayak?

How to Store Fishing Rods?

How to Tie Braided Fishing Line?

How to Use Topwater Lures?

How to Wire Fish Finder to Fuse Box?

How to Outfit a Kayak for Fishing?

How to Repair a Fishing Rod | A Step-by-step Guide 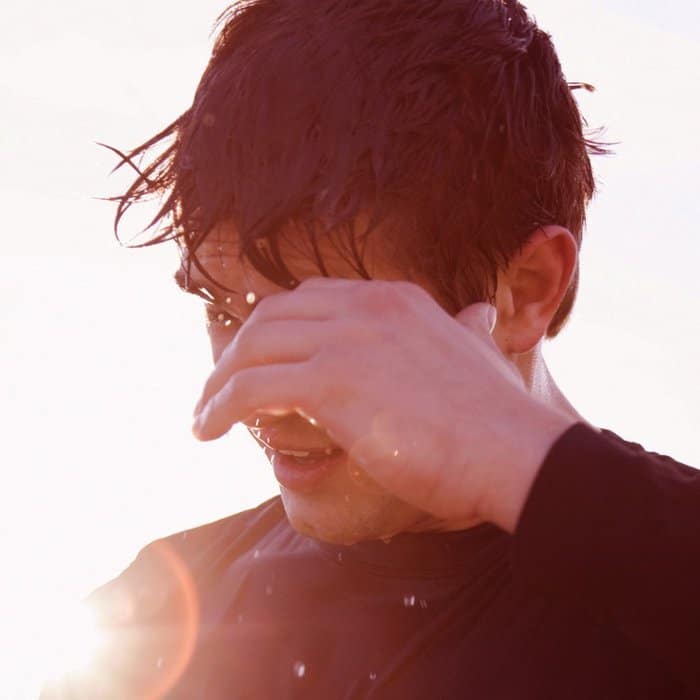 I started this blog to provide the best & advanced materials, guiding you towards a better & more comfortable fishing experience, I deliver more than fishing guides & Best Fish Finder. And motivate people to catch the fish using Fish Finder.

As an Amazon Associate, fishfinderguide.com earn from a qualifying purchases.